When The Elder Scrolls: Oblivion launched, there had never been a game of that scope that let you see so far into the distance.  Seeing this huge world spread out before you went a long way towards building the immersion that game is known for. 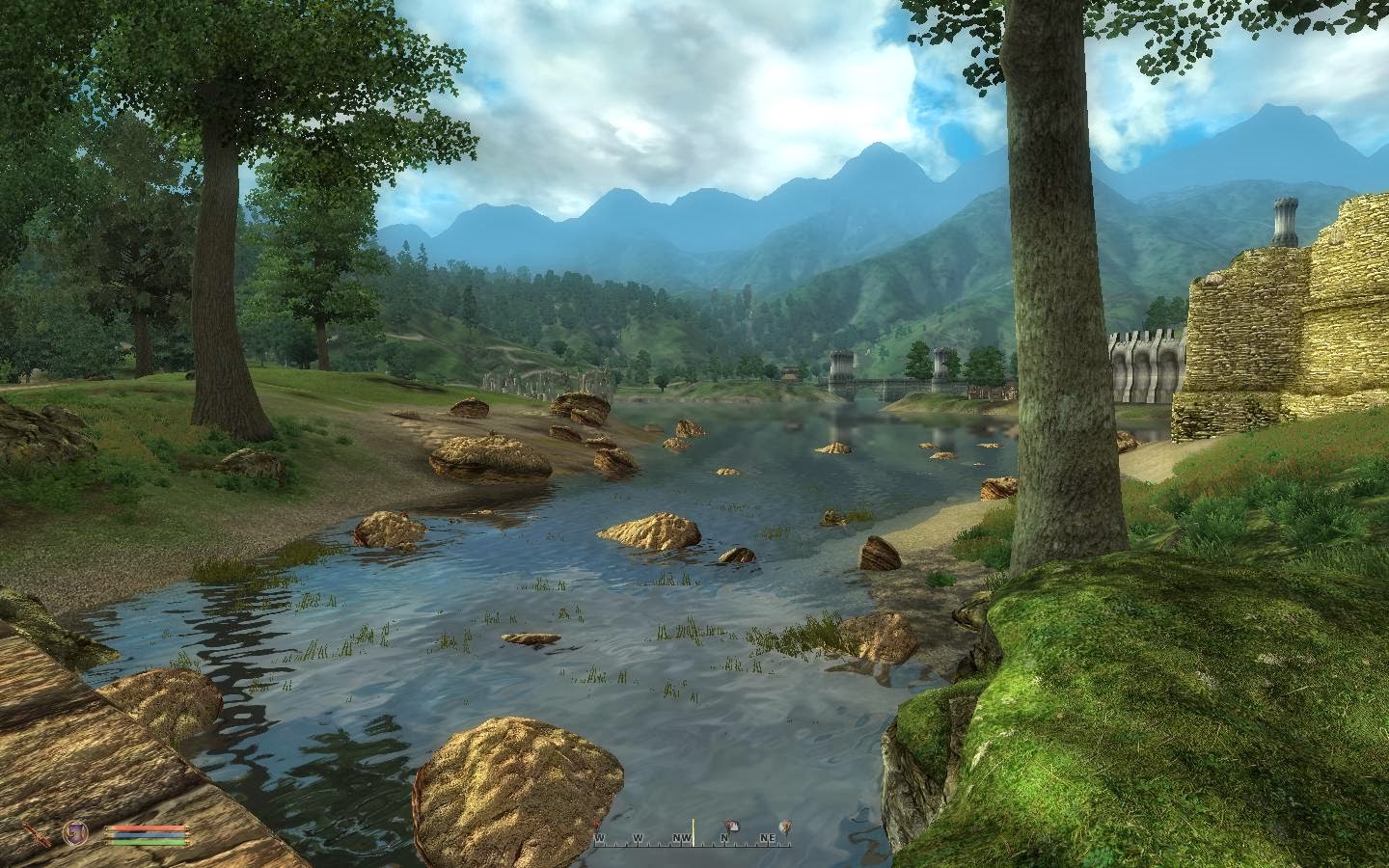 Oblivion: I can see for miles

One of the benefits of rendering the scene twice instead of using a continuous LOD system is the precision of the depth buffer.  If you render a scene that's kilometers deep there will be a lot of object flicker close to the camera, but if you render a shallow scene near the player and a deep one in the distance you can get good depth buffer precision near you and good distance as well. 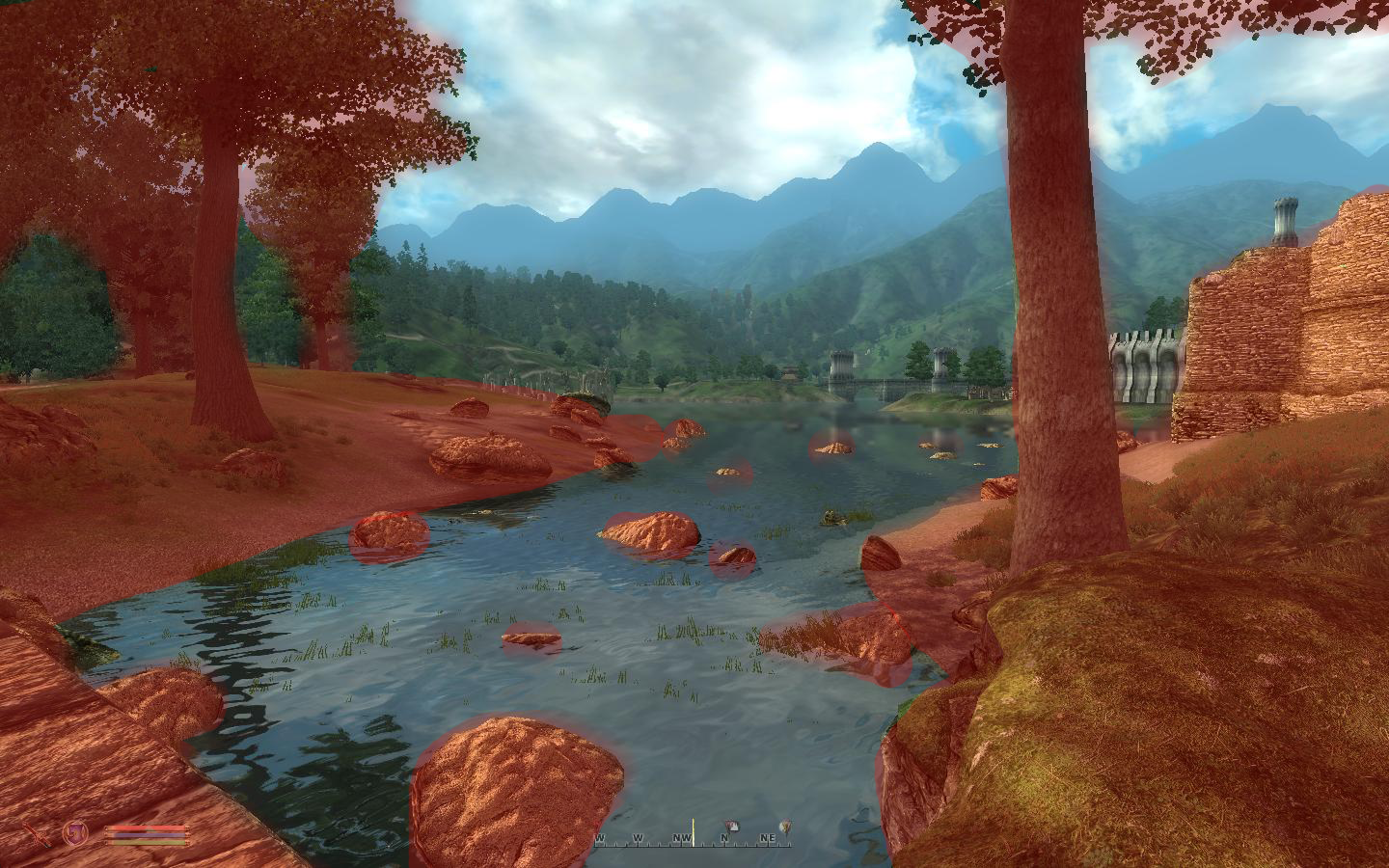 Red is all Foreground (plus some of the water)

Nothing I've said so far is in any way related to the Rift, but here's where it gets interesting.  We're already rendering the scene twice (once for each eye).  If we were to double that we'd get four scene renders.  That seems excessive.  If only there were a way to optimize this.

Well, we're in luck because when the distance scene is hundreds of meters away and our eyes are only 6-7 cm apart, we really don't get any benefit of rendering the scene for each eye.  We can render the distanct view once and draw the same render into each eye and no-one will notice.  This means we only need three scenes to render.

In my scene I have 3 cameras attached to the player.  One is centered between the eyes and renders the sky box and the distant mountain range into a texture.  Then I have the two cameras for the player's eyes.  The first thing rendered into this camera is a plane with the distant lands texture on it.  We have to make sure this plane is far from the player so we don't end up cross eyed when we focus on it.

That's it.  A very simple optimization for rendering large complex scenes in the Rift. 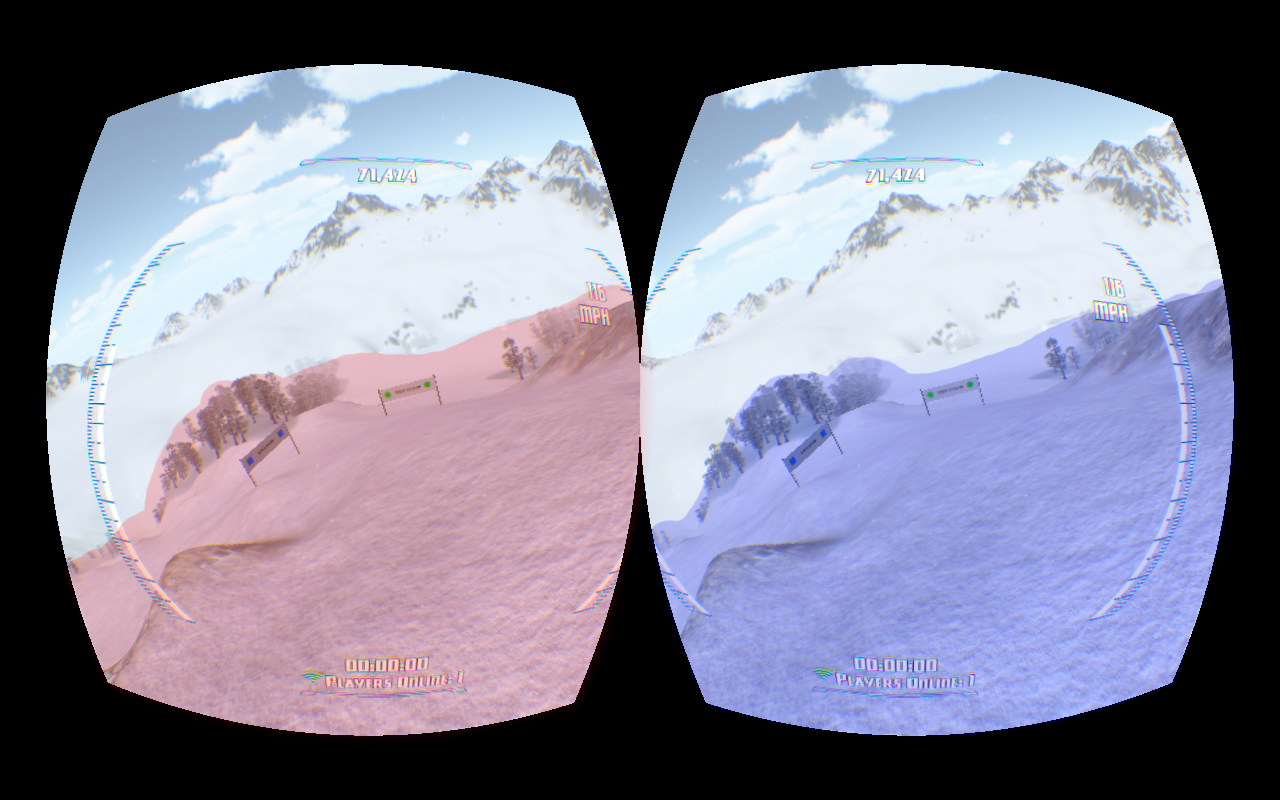 To see more of snowdrift, check out http://snowdrift.jespionage.com.

And as usual, all the comments are in the Reddit thread...

http://www.reddit.com/r/oculus/comments/1zd9hc/snowdrifts_mountain_is_8km_by_8km_heres_how_i/?sort=new
Posted by Unknown at 07:46