Forward! A design consideration on the Oculus Rift

I was quick enough on the draw to get my Oculus Rift dev kit pretty early in their distribution so I got some experience with it early on.  I took the Unity Angry Bots demo and turned it into a first person shooter using the oculus to aim the gun as well as mouse and keyboard for normal controls ().  When it was done there was one thing that harmed the experience and broke the immersion for me.

You look around with the Oculus Rift, but you still need the mouse (or another controller) in order to sit comfortably while playing and spin all the way around.  This left me in the position of having two ways to turn my body.  Having two ways to turn is fine but if one of them is your head, you will drift out of a comfortable position over time.  How I noticed this was that after less than a minute my head would be twisted uncomfortably left or right and I would have to center my view by looking forward while using the mouse to counter-spin my body so that my game view would continue looking where I wanted to go.  After a little thought about this I came up with the idea of a "Definite Forward."

A Definite Forward basically means that whatever "forward" means to your avatar should not change while you look around.  If you think of Mechwarrior, this would be like torso-twisting a mech.  If you press forward you'll continue in the direction that the legs are facing rather than move in the direction the torso is facing.  In this way a player is free to sit in their chair and look in any direction without ever having to break immersion to compensate for their head orientation with other controls.

You know who did a good job with this idea?  The EVE guys with Valkirie


Their Definite Forward is their cockpit.  From your head's point of view the cockpit is stationary and you look around within it, never having to adjust for any way that you control your ship.  The same could be said of the interior of a car (hint, hint).

There is one challenge created by this method though.  If you're not moving your head to change your player's orientation, why do it at all?  If you don't do it you're missing so much of the VR experience.  This challenge can easily be overcome with game mechanics though.  Watch the Valkirie video again and pay close attention to all the game mechanics that cause the player to move.  There are lots of them.  I didn't do this part very will in SnowDrift, but I've got some things to try before release.

Having a Definite Forward in your VR game can help reduce moments that cause the player to break immersion.  It works best when paired with other mechanics that entice the player to explore the features of VR.

Interstate 76 was quite simply one of the best games ever made.  It spawned a bunch of crappy knock-offs, including it's own sequel Interstate 82.  None of these games came anywhere near the quality level of '76 though.

I've thought about this problem a few times in the last 15 years.  What made '76 so special?


Those are what I'll call the overt factors.  I think everyone remembers those parts of the game.  Certainly the people who have tried to replicate the feel of '76 have a version of each of these things.  But why was '76 the only game where cars shooting at each other was as fun as it should be?

I actually jumped into Interstate 76 a couple weeks ago when I bought it from gog.com.  Technically it was a broken mess.  The textures and movies were all screwed up and I had some physics glitches that didn't let me get through the second mission, but do you know what?  I think I found the answer!


If I were to make a car combat game (hint hint) I would certainly want to include mission writing and voice acting as pillars of the design.
Posted by Unknown at 10:22 1 comment:

I just saw a trailer for a new Jack Ryan movie.  Since Tom Clancy hasn't been departed for very long I can only assume he knew this movie was being made.  It seems like it's not portraying the early life of his signature spy in the manner it was conceived.  I can only assume he (or his estate) are being well compensated.  Now I'm going to leave some blank space to let my nerd rage cool down...

I'm better now.  And now that I think about it, it actually might be ok.

It's ironic that Chris Pine is involved because it seems that this movie's relationship to the Tom Clancy books is the same relationship that the new Star Trek movies have to their source material.

I'll reserve judgement until I see for myself, but I can hope. 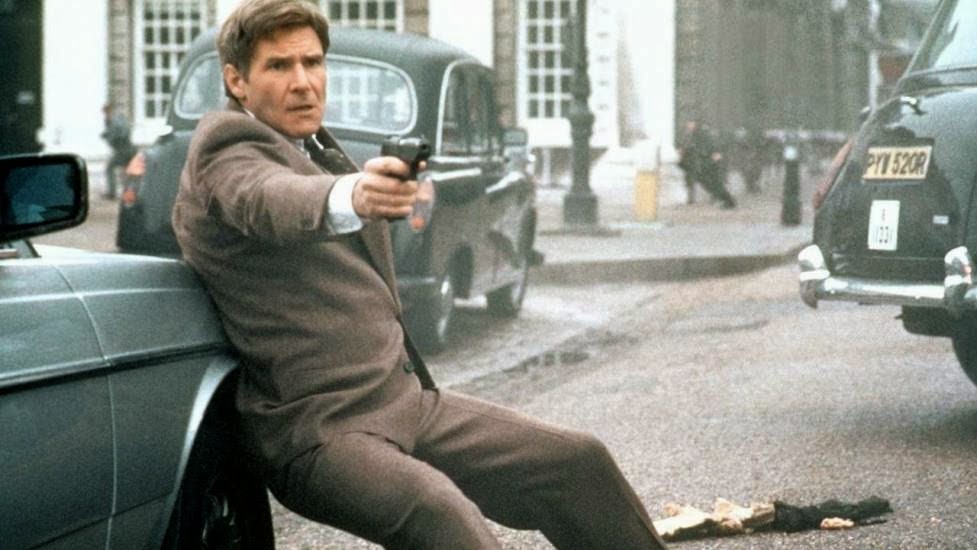 This Jack Ryan is probably the best movie character ever to kill Sean Bean!
Posted by Unknown at 21:22 No comments:

The name "Jespionage" comes from my days back at the University of New Brunswick.  I had an infatuation with spy fiction in games movies and television.  I had my own espionage game that I played with friends as often as I could.  It was them that came up with the name "Jespionage" to describe my particular brand of spy fiction.

What was my brand?  Well I guess it was kinda brutal.  It was the show 24, before 24 was on air.  It was Rainbow Six before that game was made.  It took inspiration from Reservoir Dogs, The Professional, True Lies, Sneakers, Patriot Games and a little GIJoe for good measure.

After I left A.C.R.O.N.Y.M. Games and I was looking for a name for my new company "Jespionage" seemed like the only choice.  I'd like to reconnect with 20 year year old Jesse and make good on some more of our plans.

Expect to see my name on some spy fiction in the near future.
Posted by Unknown at 12:37 No comments:

You May not know this but...

I Fight For Earth Realm!

Yes, I've been playing with chroma keying in Adobe Premiere.
Posted by Unknown at 00:02 No comments:

I've got a secret project I've been working on for the past few months.  What I'm working on now would, in video game terms, be called a "vertical slice".

I had a great time speaking at VFS a couple weeks ago about my experiences running the video game studio A.C.R.O.N.Y.M. Games with my partner Funky Swadling.  One of the VFS students was nice enough to write it up and post it on their Arcade blog

Jesse
Posted by Unknown at 16:10 No comments:

Hi All, and welcome to my new Blog!

I'm going to keep my post pretty short today because I have a few things to do before I head down-town for the Full Indie Meetup tonight.

This is where I'm going to post links to any articles I publish or projects I'm working on.

You can also check out my main page at http://www.jespionage.com

I hope to see you back here soon.

Jesse
Posted by Unknown at 16:07 No comments: